«If the day is shaping up well and luck is on our side, we can become world champions» 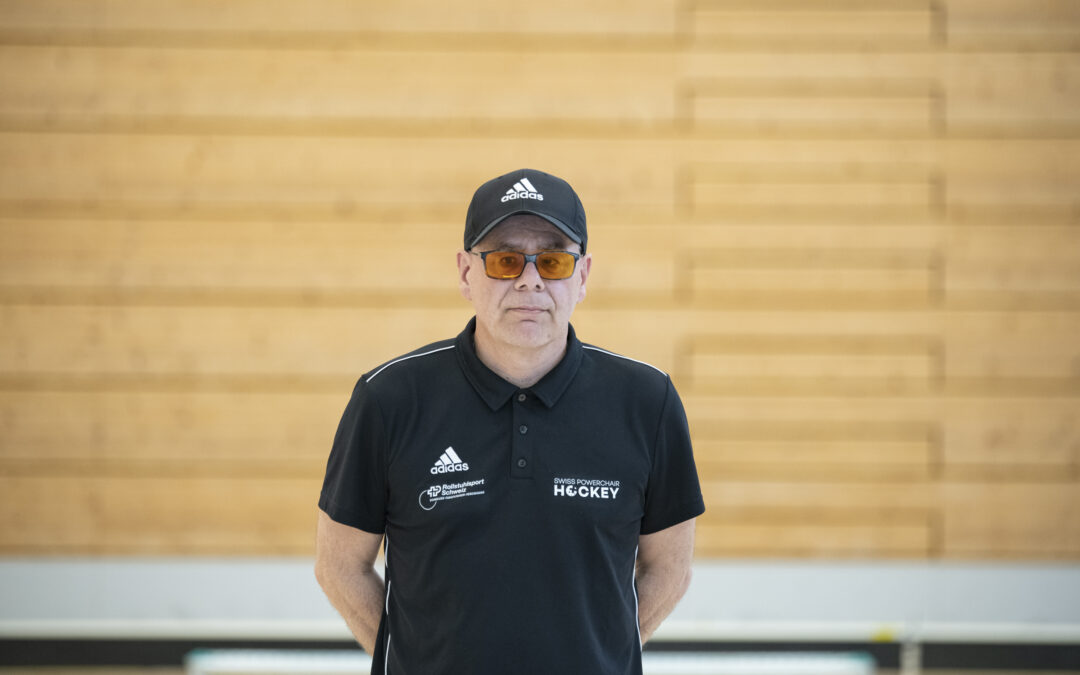 «If the day is shaping up well and luck is on our side, we can become world champions»

National coach Daniel Pulver leads the Swiss Powerchair Hockey team for the first time at a World Championship. The 53-year-old from Bern talks about his motivational skills, his ambitious World Championship target and about a pioneering Swiss victory against the Netherlands, multiple World Champion.

How long have you been involved with Swiss Powerchair Hockey as a national coach and how has your track record been during this time?
Daniel Pulver: Since January 2021. I was previously assistant coach of the Swiss Powerchair Hockey team for eight years. I hardly have anything worthwhile to show as a head coach. When I was an assistant coach, I only just missed reaching the World Championship semi-finals (2018) and the European Championship semi-finals (2016).

Would you mind telling us your nickname?
I really like my nickname «Mister». This comes from my time at YB and at Basel Football Club, where I worked as an assistant, conditioning and rehab coach. I am an experienced fox with grey hair (grins). A thinker with clear structures and rules.

How do you motivate your team – where do you consider the biggest challenge to be?
I strive to give the players a positive awareness of their strengths. In this case, we use a pyramid as a guideline. The portrait pictures and names of the individual players and the coaching staff are at the bottom. The World Championship trophy is perched at the top. There are little bits of paper hanging in between. These are infused with virtues that we need to become world champions – morale, for example, fighting spirit and team spirit. The common path is the goal. I use unforgettable moments in sports history as motivation.

Could you give us an example?
There may be a speech in which I would speak about the miracle of Neuchâtel. With two minutes remaining, Switzerland was trailing 2:6 against the Czech Republic in this crazy 2019 Women‘s Floorball World Championship semi-final. The Swiss managed to level the score with four goals within 67 seconds. Michelle Wiki crowned the Swiss comeback with a 7:6 win in extra time.

The organisers talk about the World Championship title with un-Swiss-like self-confidence. Is that something they have the right to do – Switzerland currently occupies 4th place in the world rankings?
Yes. As was mentioned, we have narrowly missed out on reaching a World Championship or European Championship semi-final twice. We beat the mighty Netherlands 5:4 in the 2018 World Championship group match. This developmental step against the multiple world champion was very important for us. If the day is shaping up well and luck is on our side, we can become world champions. Those who develop the necessary drive can set themselves high goals.

A look into the crystal ball: How will the World Championship in Sursee change Powerchair Hockey in Switzerland
There are many children, young people and adults in Switzerland who are reliant on a power wheelchair. Many of these people do not yet know about the fascinating sport of Powerchair Hockey. I hope that these people will develop a curiosity about this sport and help it to boom after the World Championship. But I also hope that the ten Swiss world championship stars can inspire the other 120 licensed players in Switzerland to follow in their footsteps.

Daniel Pulver was born on 7 April 1969 in Muri near Bern. He grew up in Gümligen. The educated businessman and qualified sports physiotherapist works as a sports/mobility instructor at the Rossfeld Training and Residential Homes Foundation on a 60% basis. It promotes and supports the professional and personal integration of people with a physical disability.

Daniel Pulver has been employed by the Swiss Paraplegic Association (SPV) as the national coach of the Swiss Powerchair Hockey Team since January 2021. He is also head coach of the NLA club Rolling Thunder Bern.

Daniel Pulver also coaches his wife Isabelle. She is a well-known ultra-distance racing cyclist. In 2015, Isabelle Pulver won the Race Across America (RAAM).

Daniel Pulver enjoys listening to music by Patent Ochsner and to audio books in his free time. He lives in Ittigen.